Watching Horse racing in the United Kingdom and Ireland has never been simpler. You can now view the biggest races on various platforms.

There is always a simple method to see your favourite equestrian stars in action, wherever you are in the world and whether you are a domestic or international watcher.

If you are wondering what channel you can watch horse racing on, we have got you have you covered.

We will explain all the various channels and places you can watch live horse racing events.

Racing TV is a British television channel with 34 racecourses as shareholders and broadcasts live racing from 61 racecourses.

It is formerly known as Racing UK, launched on January 1st, 2019, when the channel expanded its repertoire to include racing from all 26 Irish racetracks.

Racing TV broadcasts live racing from 61 racetracks, accounting for more than 70% of all racing in the United Kingdom and Ireland.

The station currently broadcasts over 90% of all Group and Graded races. On Racing TV Extra, each track has its unique live feed.

What TV channel is Racing TV on?

The Sky Channel 426 for Racing TV is not available unless you subscribe and pay to join RacingTV.

Go to your Amazon Fire TV, Android TV, or Apple TV device and search for ‘Racing TV to sign up.’

It broadcasts coverage of domestic, European, and worldwide horse racing events and is a joint venture between Sky Group and Arena Racing Company.

What Channel Is Sky Sports Racing On?

Sky Sports Racing is (Sky 415/Virgin 535) is a dedicated satellite channel in the UK that broadcast live racing worldwide.

Sky Sports Racing will be available to all Sky subscribers for free rather than as part of the premium Sky Sports package, which means Virgin Media cable TV consumers will continue to have access to it at no additional cost.

Is Sky Sports Racing the Same As At The Races?

Sky Sports Racing was formally known as ‘At The Races’ and is now a proud part of the Sky Sports family.

Having the ability to watch the best horse races in the UK live on the ITV television channel is great for horse racing fans.

ITV Racing is an ITV Sport production for races shown on ITV or ITV4 in the United Kingdom. The show was an essential feature of World of Sport in its earlier life.

ITV secured the horse racing rights from Channel 4 in January 2016 and would begin broadcasting live images on terrestrial television on January 1st, 2017.

This isn’t the first time ITV has covered a horse race. ITV broadcasted live horse racing on the airwaves from 1969 to 1985, with shows ranging from “They’re Off” to “ITV 7.”

On top of the racing coverage on ITV, the organisation broadcasts “The Opening Show” every year. It’s essentially a magazine show that airs alongside horse racing footage.

It is usually broadcast live on-site each Saturday from the main course, with additional weekday programming during major festivals like The Cheltenham Festival and Royal Ascot.

Is Horse Racing On ITV Hub?

You can catch up on the ITV Hub for Horse Racing when the races are broadcasted on ITV Racing.

Coverage of all major UK horse racing events like Cheltenham Festival, Aintree Festival and Guineas Festival are available on catch-up with ITV Hub.

Most of the UK Horse Racing Festivals are broadcasted on ITV Racing.

The ITV presenters who front ITV Racing are:

What channel is ITV Racing on Sky?

The Sky channel to watch ITV Racing is 103.

Sky customers are offered their local version of ITV by default.

Here are all the betting apps where you can live stream horse races from your mobile phone.

For a more in depth guide, take a look at our best live horse racing streaming sites review

Whether you are looking to join in the action from the comfort of your own home or on the go, there is plenty of options available to you in December 2022.

You can watch horse racing for free on ITV Hub or at any of the leading online betting sites when you deposit online. 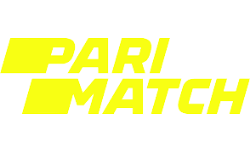 18+ New customers only. Deposit, opt in and place a £10 qualifying bet on Horse Racing at odds of 2.00 or greater within 7 days of opening a new account; excludes cashed out bets. Receive 3x £10 Horse Racing Free Bets, valid on set events only at odds 2.00 or greater. Plus, a £10 Slot Bonus, selected games, wager 20x to withdraw a max of £250. Bonuses expire in 7 days. Card payments only. T&Cs Apply. Please Gamble Responsibly.

New customers only. Place your FIRST bet on any market and if it loses we will refund your stake in CASH. Max refund for this offer is £20. Only deposits made using cards will qualify for this promotion.

New customers only – Minimum deposit of £10 using deposit code 30F – A qualifying bet is a ‘real money’ stake of at least £10 placed on any sports market – Minimum odds of 1/2 (1.5) – Free bets credited upon qualifying bet settlement and expire after 7 days – Free bet stakes not included in returns – Deposit method and withdrawal restrictions apply.

As the Founder of British Racecourses, I have a life-long passion for horse racing and have loved the sport as long as I can remember. I am also a keen racehorse owner and have worked in the gambling industry for several years. I set up British Racecourses with the desire to share my passion for racing with other like-minded people.

We use cookies to ensure that we give you the best experience on our website. If you continue to use this site we will assume that you are happy with it.OkPrivacy policy