Welcome to our official guide to Windsor Racecourse. In this section we explore this great flat racing racecourse in detail, looking at its history, the main races, a guide to this unique track, hotel picks, fixtures, travel information, betting guides and even the weather!

Royal Windsor Racecourse is one of only two figure-of-eight courses in the UK, and is situated, unsurprisingly, in Windsor, Berkshire. Located on the bank of the River Thames, it takes up a large island between the main Thames channel and the Clewer Mill Stream backwater passage.

A pursuit linked with royalty for centuries as the ‘sport of kings’, horse racing at Windsor Racecourse takes place just a short distance from Windsor Castle and is often frequented by members of the British Royal Family. The course last hit the headlines in 2012 when jockey Richard Hall won seven out of the eight races that took place in one day of racing!

Now a course for flat racing only, it is the only figure-of-eight flat course in the UK, as the one other, at Fontwell Park, specialises in hurdles. It hosts five notable races a year but is an events venue in its own right, and hosts conferences, business meetings, wedding, occasions and music gigs. The course’s extensive outdoor spaces in picturesque settings suit a variety of large trade shows, including car shows and festivals, and is unrivalled in the area as a photography spot for special occasions.

As a course shaped how it is, Windsor is neither primarily left-handed or right – it is both! A quirky track, it only suits a certain type of horse and can throw off even the most experienced of racers if they’ve not run it before. The longest run-in straight is about five furlongs long, with a slight kink in the track three along. The bends are tight, and due to the layout of the track, the longest race it can accommodate is 1 mile 3 furlongs.

Alongside events, Windsor Racecourse is used extensively for filming for TV and films; primarily due its size and ability to accommodate large crews and sets. It remains an extremely popular venue year-round – from both die-hard racing fans and those just hoping for a glimpse of royalty. 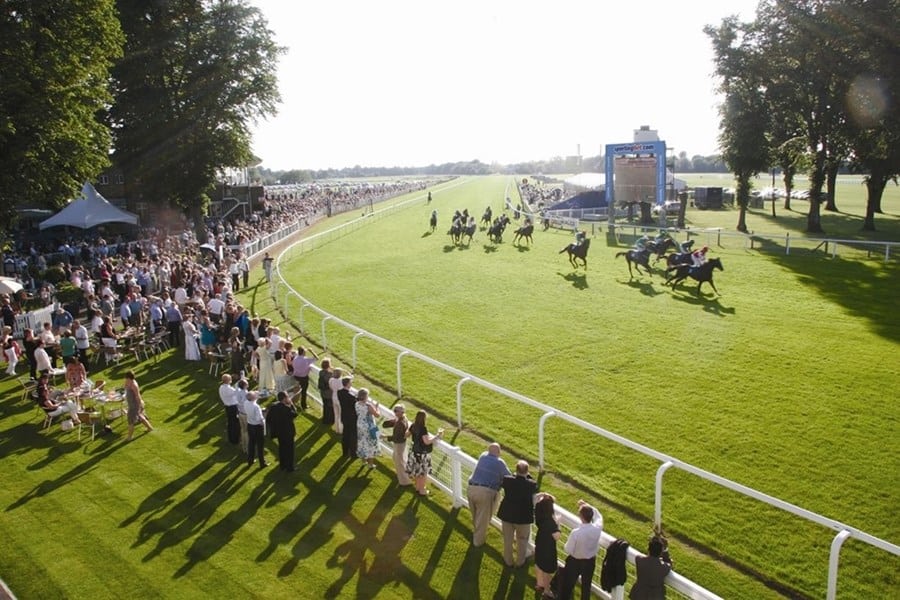 Windsor Great Park was ringfenced and preserved as a royal hunting ground 700 years ago, and when you visit and see the surroundings, it’s easy to understand why it’s been so enjoyed by royalty for so long. Racing was recorded back at the site as long ago as 1600, and in the 18th Century, it was the home to the Egham meet: then more important than Royal Ascot.

Throughout the 1800s, the popularity in steeplechase rose and the course became a favourite amongst military and professional meets. Windsor found its niche in not competing with the now more popular Ascot, but instead in allowing less experienced horses to race within its ground and quickly became a haven for emerging talent.

In 1923, before photo finish cameras, one camera there managed to catch a triple ‘dead heat’ and the image remains a historical feat. Three years later, Prime Minister Winston Churchill introduced a betting tax, and the independent bookmakers at Windsor refused to take bets from punters: going on strike. It wasn’t believed at the time that this would have any tangible impact, but it worked and the tax was withdrawn. Churchill even went on to buy and train horses!

During World War II, Windsor was the only course in the UK not to close – in fact, one ‘doodlebug’ bomb dropped on the course during racing! Thankfully, no lives were lost.

In 1998, Windsor finally curbed its National Hunt racing in order to better preserve the track for flat. It was a well-advised move, and the course continues to boast world-class flat racing today.

The main race to take place annually at Windsor Racecourse is the Royal Windsor Stakes, scheduled in May each year and run over 1 mile and 31 yards by colts and geldings aged three years and over. First run in the year 2000, it’s a fairly new event and has been abandoned three times in its history since, so isn’t quite yet at its 20-year anniversary! The racing calendar is far from full at Windsor, as the venue is used for so much else, but you can also attend the Leisure Stakes, Midsummer Stakes, August Stakes and Winter Hill Stakes here.

How To Get To Windsor Racecourse

On Foot – Just a mile and a half from Windsor town centre, the racecourse is easily accessible and well signposted by road.

Train – The nearest train station is Windsor and Eton Central, and taxis wait outside.

By Boat – As a racecourse situated on an island, it’s not unusual to attend by boat. Direct river taxi services run on-demand from the Barry Avenue Promenade.

You won’t be surprised to hear that the accommodation options in Windsor are somewhat upper class! Notable hotels include the Sir Christopher Wren Spa, the Clarion Collection Harte and Garter Hotel and the MGallery Castle Hotel. There is a Travelodge in Windsor town centre, but it gets booked up far in advance.

Whichever option you go for, we suggest booking through Booking.com as below:
Booking.com


What Are The Best Online Windsor Betting Sites?

If you are looking to bet online we recommend the following great deals:

Betting facilities are available in every enclosure at Windsor Racecourse, as well as independent bookmakers at the side of the track; but there are limited options should you wish to have a flutter away from the venue. Windsor town centre only has a branch of Coral, but a short walk away you can find a William Hill. Neither are particularly popular or well-attended, however, so you may prefer to look online for competitive odds… or just wait until you arrive.

Punters and race-goers love to keep up with the weather to predict going conditions, especially for the Epsom Derby, as well as making sure what they wear is suitable. Here’s the current weather forecast for Windsor Racecourse:

The majority of occasions and events held at Windsor Racecourse are private attendance only, but there are some dates in the diary to which the public are invited. These include a variety of charity fundraisers as well as a ‘Sounds of Ibiza’ festival run by notable nightclub group the Ministry of Sound, and annual jazz nights held in conjunction with Ronnie Scott’s. 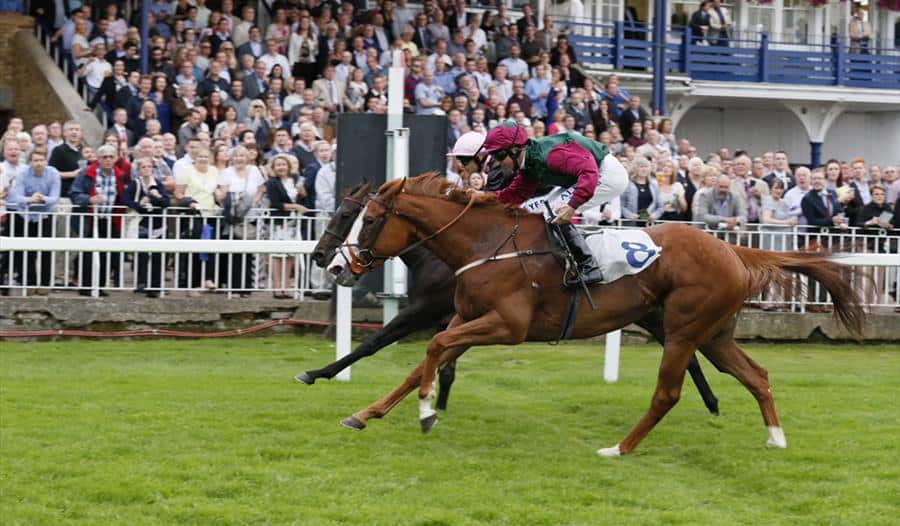 Our team as of May 2020 have reviewed these racecourse that you can also bet on:

🏇What is the dress code for Windsor races?

The course operate a smart dress code. Smart jeans are allowed as are tailored shorts. Men are asked to wear a collared shirt, whilst t-shirts, sports attire, cargo style shorts and trainers are not permitted.

🏇Can you take a picnic to Windsor Racecourse?

You can’t take a picnic inside the main racecourse but there are lots of excellent great food outlets.

🏇How far is Windsor racecourse from Windsor train station?

The nearest train station is Windsor and Eton Central, and taxis wait outside. It is about a 20-minute walk or 5-10 mins in a taxi.

🏇What is the postcode of Windsor Racecourse?

The full address and postcode is: